The Tsingy of the Bemaraha

The protected area of Tsingy de Bemaraha in the west of Madagascar consists of a national park and strict nature reserve. The site is unique with its biodiversity and exceptional landscape called the Tsingy - which can be translated into "where one can only walk on tiptoe". In 1990, Bemaraha was the first area in Madagascar to be classified a UNESCO World Heritage Site, and it also became a UNESCO National Cultural Heritage Site in 1991. Part of the reserve was changed to national park status in 1997.

Bemaraha National Park is located in the Melaky region in central west Madagascar, about 300km from Antananarivo as the crow flies. The park stretches over an area of 157,710ha, with a length of 100km from north to south and a width of 10 to 40km from east to west. The southern part with an area of 72,340ha enjoys the status of being a national park. The northern part, which is managed as an strict nature reserve, covers 85,370ha of land.

The protected area is located on the Bemaraha plateau at an altitude of 150 to 170m, a karst formation bounded to the east by steep cliffs and to the west by gentle slopes. South of the park, there is a formation of pinnacles where access is extremely difficult. In the north rolling hills alternate with limestone formations.

The Bemaraha Park is located north of the Manombolo River. The rivers coming from the plateau have a seasonal or permanent character.

The Bemaraha Massif is a very rugged limestone massif with numerous caves and an impressive canyon carved by the Manambolo River. The western part of the plateau has a very sharp relief, covered in large parts by dense dry forest. This true limestone cathedral offers one of the most spectacular natural landscapes in the world! In the eastern part, the forest is intersected by savannas.

The karstic massif of Bemaraha offers a variety of natural habitats with many different ecosystems, such as dense deciduous forest, bushy xerophytic vegetation on the tsingy (limestone plateau) and sub-humid forest in the valleys or low-laying wet areas between limestone blocks as well as wooded or grassy savanna.

The park is home to lemurs, terrestrial and aquatic birds, bats, amphibians, reptiles, endemic mammals and at least 650 plant species.

The population is predominantly Sakalava, an ethnic group who live according their strict traditions protected by regulations using the fady (ban or taboo).

The park enjoys a dry tropical climate marked by two contrasting seasons: Rainy from November to April and dry from May to October. The opening of the park depends on the accessibility of the dirt road connecting Morondava and Bekopaka, usually from May to November. There are various ways to reach the park: 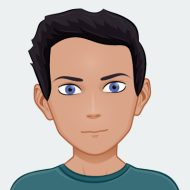